I have to admit I am still overwhelmed by the success of WR&M. I had some hopes that people would like it, but nothing prepared me for the fact that the game has been downloaded almost 3000 times since I uploaded it to DriveThruRPG. Most reviews have been very positive and there’s already a small but dedicated fan community.

This morning I checked the sales numbers of WR&M and the supplement From The Imperial Forges for the last two months. I thought you people might be interested in having a look at the numbers, too. 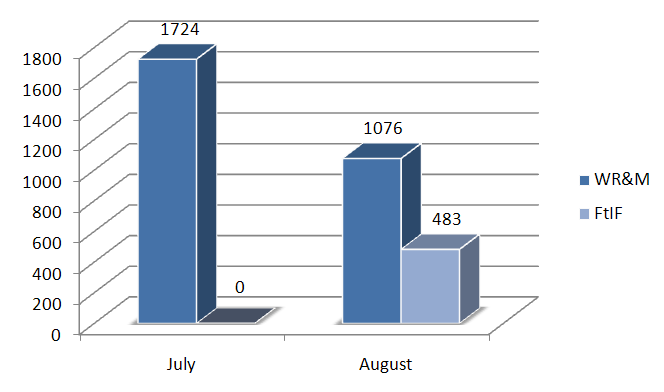 That’s actually not to bad. Alas I am not sure how solid these numbers are. Are these really unique sales or are multiple downloads by the same customer counted? But even if that were the case, I am still impressed. As you can notice the interest for the game has waned a bit, but I am sure there will be new downloads as soon as the next supplement has been released.

Michael Wolf is a 34-year old IT and video technician working for a German university. He's also a big fan of pen & paper roleplaying games, computer games of all kinds, a passionate blogger and aspiring game designer.